Providing clean drinking water to a community in Africa 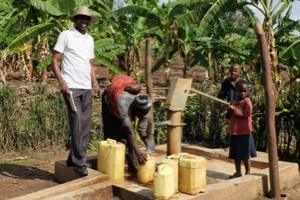 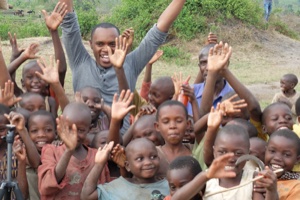 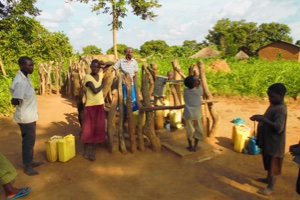 The Borehole project is a micro project in Uganda, providing a source of clean drinking water to a local community

The most basic requirement to sustain life is clean water. For many rural communities across Sub-Saharan Africa the struggle to find clean safe drinking water can take a major part of a family's resource. More often than not the burden falls to women and children to collect water often walking a great distance from home. Even then water drawn from pools or rivers is often contaminated with pollutants and potentially lethal bacteria that cause illness and infections, and so to make the water palatable and safe to drink it needs to be boiled. The project works with local communities to identify and repair the many broken boreholes in Uganda. As well as the natural health benefits it means that families no longer have to boil the water, saving firewood and thereby preventing carbon emissions from being released.

The project is located primarily in the North Region of Uganda, within the Districts of Alebtong, Kole and Dokolo. Between 1987 and 2007 these region was heavily affected by the Lord’s Resistance Movement led by Joseph Kony. During that period, over two million people became displaced and it is estimated that over 20,000 children were abducted and forced into the army. This prolonged period of conflict has had serious consequences on all areas of life including education, health and economic development with poverty levels among the highest in the country. One of the major impacts of the war has also been a complete lack of investment in infrastructure particularly in the water sector. Approximately 60% of the people in the Districts do not have access to clean water and rely exclusively on open wells, lakes and other unprotected sources.

Many existing boreholes in the District are owned by community groups or community based organisations and have fallen into disrepair because maintenance programmes have been poorly managed, or proven too expensive. this project has worked with community groups in the Districts to identify broken down boreholes, renovate them and supply a maintenance programme to ensure that clean, safe water is delivered as a result.

Following a QAS approved carbon footprint calculation, this projects meets the requirements under the Quality Assurance Standard (QAS) for Carbon Offsetting. As part of this we are audited to ensure all offsets sold are retired on appropriate registries within 12 months of you purchasing.

More information on the QAS...