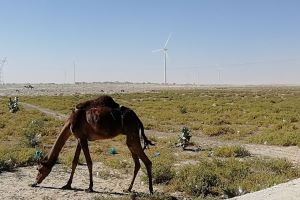 Mauritania is a country in North West Africa. Despite an abundance of natural resources, Mauritania remains poor, and is classified as a Least Developed Country by the United Nations. The country's economy is based on agriculture and livestock.

The Nouakchott plant is the first wind farm in the country, supplying an equivalent of 140,000 people with green electricity.

The project features 15 turbines installed on 1,000 ha of unoccupied land. The plant supplies 14% of the electricity's need of Nouakchott, Mauritania's capital city. The Mauritania electricity grid is mainly powered by fossil fuel (mostly gas oil and fuel oil) and imports. The project develops around 105,000 MWh of green electricity each year and saves around 75,000 tCO2 per year.

Contact Us to discuss your carbon offsetting / carbon neutrality requirements