Helping to Reduce Deforestation in Indonesia 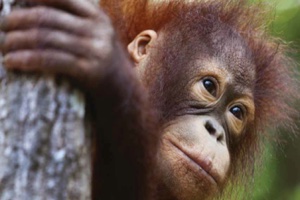 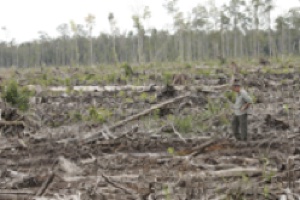 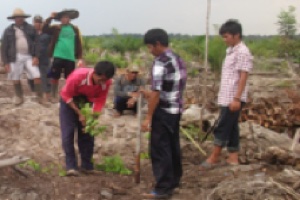 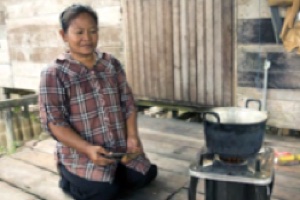 Each year in Indonesia alone, destruction of forests in the interests of pulp & paper and palm oil production lay bare a landmass the size of Belgium. According to the Forest Trends Association, it’s estimated that if the current pace of deforestation continues unabated, by the year 2022 there simply won’t be any Indonesian forests left.

But on the southern coast of Borneo, in the province of Central Kalimantan, Indonesia, one massive ancient forest stands defiant: Rimba Raya, “The Infinite Forest.” Once designated for destruction and conversion into a palm oil plantation, Rimba Raya is now dedicated to the protection and preservation of hundreds of at-risk species–most notably, the endangered Bornean Orangutan whose population has declined over 95% in the last century.

Tropical peat swamp forests like Rimba Raya are known to host some of the world’s most biodiverse habitats, with as many as 1,000 plant and animal species per square kilometer. Additionally, they are among the world’s largest repositories of carbon, that when slashed, burned and drained for conversion to palm oil, become one of the world’s single largest sources of greenhouse gas emissions.

Rimba Raya protects over 640 square kilometers (250 square miles) of tropical peat forest and forms a vital patrolled buffer zone between the ever-encroaching bulldozers of the palm oil industry and the Tanjung Puting National Park, home to one of the last remaining wild populations of orangutans on earth.

Rimba Raya is a living example of an economically viable alternative to deforestation. By selling carbon credits based on the rich carbon stores of the forest, we can protect endangered species, contribute to the local economy by creating jobs, provide access to clean water and health services while fostering principles of sustainable growth amongst our local communities.
In order for the conservation efforts to be successful, the vital human equation that drives deforestation must be addresses - Chronic poverty. Communities throughout the developing world, and certainly those adjacent to Rimba Raya, live on the margins and are often forced to prioritize, valuing their short- term economic survival over long-term ecological consequences.

The developing world’s right to harness their natural resources cannot be marginalized. If we are really serious about forest conservation, then we must accept the responsibility to provide education and employment–and to offer viable alternative land-uses for this, non-renewable resource.

Part of how this is accomplished at Rimba Raya is to provide alternative income streams through capacity building, investments in micro-finance and programs that provide basic necessities such as access to clean water and affordable healthcare services.

The Rimba Raya Biodiversity Reserve is home to over 300 species of birds, 122 species of mammals, and 180 species of trees and plants. While preserving this forest that shelters all of these species, we maintain a special commitment to the protection of the endangered Bornean Orangutan.

Contact us to discuss your carbon offsetting / carbon neutrality requirements